Nb:  I am cross-posting this article to both my own site and Pension Plan Puppets;  I spent a lot of time working on this, and it occurred to me that if Jammies or Sexypants accidentally pushed the wrong “deletify” button over there at PPP, I might lose the whole thing.  So here ’tis:

Here’s the lowdown on the must-see command performance of the season:  Brian Burke goes to work at the trade deadline. 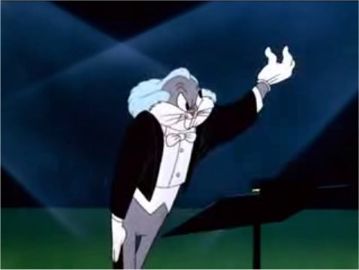 Artist’s rendering:  Burke demonstrating how to do a proper hernia exam.

This year, for Leaf fans, there is one command performance that we are all waiting to see.  Strangely, the exhibition we’re awaiting will not be given by any skater dashing up the ice with stick and puck.  Rather, the demonstration of skill and excellence we await will be accomplished in an office using phone, fax and email.

Our angry Irish overlord is the only truly high-priced, blue-chip quality talent that we have in Maple Leaf blue and white this year.  In truth, everything that has happened with the players on the ice to date this NHL season is but prelude to that which is about to unfold before our eyes.  Burke’s handling of Pogge, his resolution of the Sundin situation, the acquisition of Brad May, the waivers of Stralman and Bell – all of these matters were mere preparation for the Bellicose One.

The eyes of Leaf Nation are upon Brian Burke at the trade deadline.

END_OF_DOCUMENT_TOKEN_TO_BE_REPLACED

I was at the Leafs game last night in Toronto; they beat Columbus 3-1. All 4 goals were scored in the first period, which reinforced my belief that my buddy and I made the right choice – staying in our seats throughout the first frame and starving rather than going for a nine dollar hot dog (we didn’t have time to grab anything to eat after work). The game was moderately entertaining, certainly better than the snorefest Bruins game that Spouse and I went to in October.

I couldn’t help reflecting that it might be my last chance to see Mats Sundin in a Leaf uniform. I spent most of the night focussing on him, even when he didn’t have the puck, whenever he was on the ice. A graceful skater, powerful on the puck, gifted with vision and – at least if public persona is to be believed – a man with tremendous class. If our Captain is moving on, I will sorely miss him. If he is not, then we retain a tremendous talent. Whatever the case, he should finish his career as a Leaf in some future season. He has earned the respect and admiration of every Leaf fan; whatever happens, I hope it is what Mats wants and not merely something he is prepared to accept.

I don’t know who was picking the three stars last night, but Columbus only had 27 shots and for the most part the Blue Jackets seemed disinterested in mounting any kind of concerted attack. Toskala made three or four great saves, but it wasn’t first star material. Not to harsh on VeTo – I like the guy – but Sundin had more of an impact on that game than his goaler.

This just in: Sergei Federov is still alive and playing hockey. In Columbus, apparently.