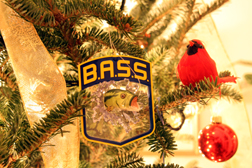 I must be the King of Beginning Projects. I have decided to pick up a new hobby over the last few weeks. I was trying to take a picture of our Christmas tree (for posterity – no doubt the Smithsonian will be calling within a week or two) three or four days before Christmas, which led me to fooling about with Spouse’s point and shoot digital camera. It’s a relatively fancy point and shoot, so far as those things go, and it has a “manual” mode where you can set the aperture and exposure time. I had the camera on a tripod to make a timed exposure of the tree using only natural light. A couple of my attempts turned out to be not half bad, which was just enough encouragement to convince me that I should get myself a digital SLR and learn how to take a decent picture.

The purchase was not entirely impulsive; Spouse and I have been debating whether to take the plunge for several months. I had even (somewhat unusually for me) done some research into what specific camera I would purchase. The winner: a Canon Digital Rebel XTi – otherwise known as an EOS 40D in some countries. Much of the twenty-four hours has been consumed by my attempts to learn how to operate the gizmo. Aside from the picture above, here are some of the results of that learning process:

On this last item, I first called for assistance from the pirates you know as “tow-truck drivers” at 1:10 p.m. I was told by the pleasant and helpful dispatch operator that someone would arrive to help us in “about 45 minutes.” An hour passed, approximately fifty minutes of which I had spent standing next to my stranded vehicle in the windswept and icy parking lot, enduring the quizzical and sometimes derisive looks of my fellow citizens as well as the astonishingly brisk Canadian cold. I called the towing company and spoke to the very same cheery dispatcher. She assured me that the driver would be along in “about fifteen minutes.” My testicles were beginning to feel like they were just about ready to ice down a couple of margaritas, so I popped inside a nearby Starbucks to enjoy 16 oz. of tea for the low, low price of about four dollars. I knocked back the four dollar tea in about six minutes and headed back out to stand sentry over my car. Another hour passed. Twice I called the dispatch number; by this time, they were clever enough to be ducking my calls and no human would pick up the phone. At 4:00, a full two hours and fifty minutes after my initial contact, the tow truck arrived.

I am still trying to warm up and calm down.